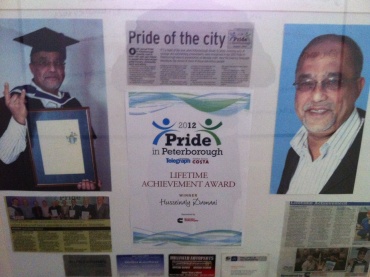 If you have the car, we have the parts!

Established in Peterborough in 1985, Millfield Autoparts has grown to become an established dealer offering the widest selection of car parts and accessories throughout Cambridgeshire.

A prestigious member of the Group Auto Foundation. Since its foundation in 1974, Group Auto has led the way in helping independent motor factors to remain independent.

Husseinaly Jessa Damani along with his two brothers Hassan and Hyder, set up Millfield AutoParts in 1985. The business has been running since then and is now part of local  Peterborough history. Millfield AutoParts has long held a strong friendship with its staff, suppliers and customers. This has resulted in us all sometimes being labelled as “everybody’s second family.” Honesty, friendly staff and hard work has made the business successful and these were the principals which has excelled our customer service guarantee.

Sadly in July 2010 General Manager Husseinaly Jessa Damani passed away. Described as a true gentleman, Mr Damani was a favourite to many and a friend to all. As a recognition of his legacy and a token to his great relationship with all that met him, Mr Damani’s family was presented with the Pride of Peterborough award in 2012 on his behalf. The legacy that Mr Damani created is being carried on by his family, friends and the second family that is Millfield AutoParts.